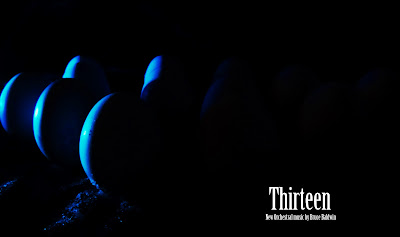 Thirteen is a short orchestral piece I wrote during the past several months. Year after year, I continue to read, listen, study and learn about how orchestral sounds interact, and how to apply the tricks my favorite composers relied on. I've spent many long hours applying everything I've learned about writing for orchestra, and forcing it it to come to life with the wonders of modern technology. I've expanded my palate compositionally and sonically. Thirteen reflects my current state of knowledge and the most realistic sounds I can apply right now. Thirteen is about numbers, but it's also about rhythm, structure, and melody.

Back in 2012, when the news was filled with ill-conceived predictions based on third-hand misunderstandings of the Mayan calendar, I remember thinking ... 2013 is actually the year we should all be talking about. After all, our society has been taught to avoid the number thirteen at all costs. We won't put a thirteen in an elevator, a street address, or a flight number. We're taught that thirteen has some kind of black magical power, and now we're stuck saying it and writing it for a full year. Awesome. And now that we're nearly halfway through the year, I've noticed hardly anyone mentions it, as if we're just closing our eyes and waiting for it to pass.
I actually think thirteen is a truly interesting number. It has a unique character and a symmetry all its own. It breaks into into interesting parts like seven and six... or five, five and three... or three, three, three, and four.... Okay, I admit it, sometimes my obsessive personality extends from music into numbers (and vice versa). I especially love prime numbers, and I tend to notice them as they occur around me. I've been known to emphasize fives and sevens in my music... I feel like it's time to give thirteen its due. If you listen closely to this music you'll hear patterns of thirteen beats or thirteen notes divided in many ways. You'll also hear some of my other favorite numbers like seventeen, seven, and five. You might not know it, but you'll hear them. 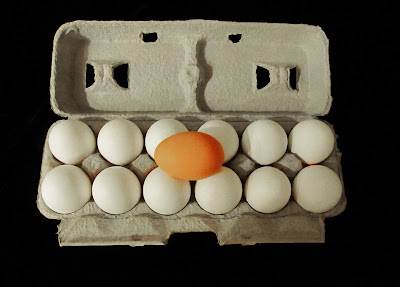 But the numbers in the music are just the subtext. The main themes are melodies with their own personalities, and they are the star of the show. As I often do, I put my melodies through the wringer in this piece, putting them in different harmonic or rhythmic settings, and gradually changing them.
When I was in my early twenties and first getting serious about writing music, my father would say, "that sounds like music a drummer would write." At the time, I flatly rejected and took offense to his comment, much as I rejected the majority of his comments. Looking back at much of my music now, my father's comments ring true. Growing up with drums as my primary focus in life, I can't help but emphasize the rhythmic elements of music, whether it has drums in it or not. Thirteen is a piece only a drummer would write. There's a pulse running through this piece that's kind of like an irregular heartbeat. The longer I spent with this music, the more that irregular pulse stared to feel entirely natural. My hope is that the uncommon rhythms here will also begin to feel natural to the listener. Because fours are sooooo overrated.